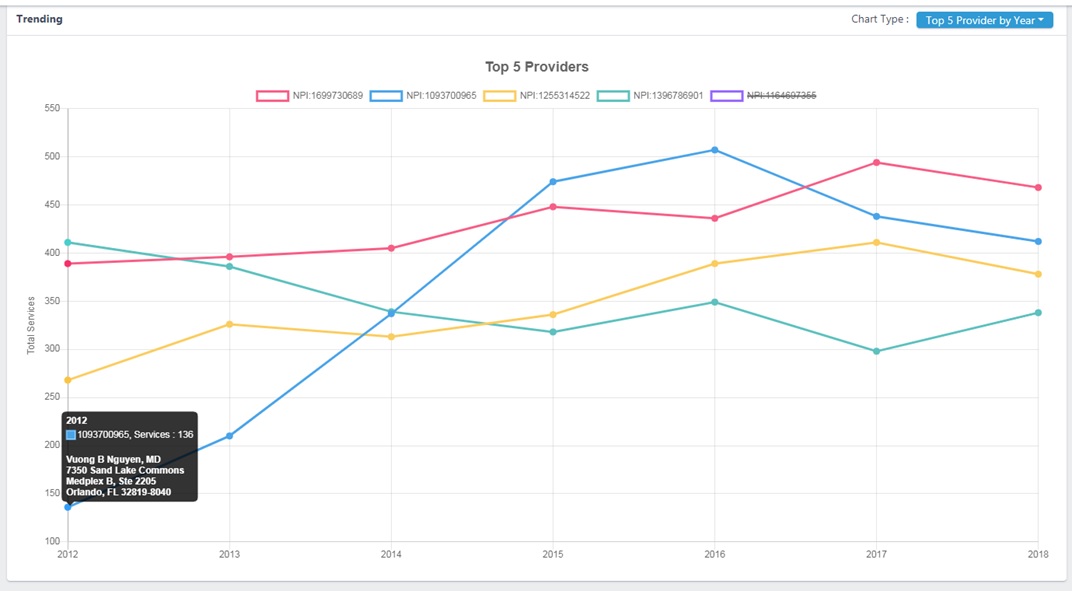 The Top 20 Knee Replacement Surgeons in the U.S.

Knee replacement surgeries are in the top ten among the most common inpatient surgeries in the U.S. Also known as total knee arthroplasty (TKA), these procedures are performed to treat degenerative joint diseases. About 600,000 TKAs were performed in 2018 in the U.S., and about 500,000 of those were covered by Medicare. The overall mean age of patients was 67 years.

Who are the Top Knee Replacement Surgeons in the United States based on Experience? This ranking below shows the top doctors in the United States based on the number of knee replacements they performed. Research has shown that doctor case volume and experience is positively correlated with better patient outcomes. The case volume data below is based on analysis of anonymized Medicare claims data. In 2018, 11,299 surgeons in the U.S. performed at least 11 knee replacements that were approved and paid for using HCPCS code 27447. These were the top 20 surgeons:

scroll to right to see all data

Overall, Dr. Kenneth Martin was the highest-ranking doctor in the most recent year available, 2018, but what about for the last several years? The first year that this data was available from Medicare is 2012, so let us look at the data for all years combined, 2012 through 2018, for the top 8 doctors only.

scroll to right to see all data

Dr. Martin is still the highest-ranking physician in the U.S. Let us look at trends to see if any other doctors seem to be gaining on Dr. Martin. The graph at the top of the post shows that Dr. Vuong Nguyen has been growing quickly. Overall, he is sixth for the 7 years combined, but he started low in 2012, and he has exceeded or come close to Dr. Martin in volume during recent years.

Denniston Data’s Health Insights from Provider Ranking System™ (PRS) are developed with data from the PRS platform. Want even more insights? In addition to national data, rankings are also available for every local area in the U.S., for every service provided and reimbursed by Medicare. Start a Free Trial now and get access to the highest quality data and intelligence on healthcare providers. Explore These Claims.